ANSA originated as a result of fishing developments following WW2.

After the war, an increasing number of anglers started using modern tackle (mainly baitcasting rods and reels imported from the USA) for bass, barramundi and for surf casting. Developments are reflected clearly in magazines of that period (“Outdoors” was first published in 1948, “Anglers Digest” in 1950).

There was an increasing recognition that the sporting value of many Australian species was not reflected in existing organisations.

From 1960 onwards, a number of people had thought of the idea of a new organisation. I do not know who was the “first” to think of it but I do know that it was discussed for quite a few years by Sydney anglers and people such as myself – a country boy. I can put my finger on one such discussion, held on the roadside just south of Kiama, between myself, Jack Erskine and Ed Pratt. That was in January 1964, during my first round Australia trip. I had started my exploration of Australian fishing on July 1, 1963. The next couple of years, after repeated visits, I realised that North Queensland offered the most potential for a fishing future. Others such as George Bransford, had decided the same way.

I built my home in Cardwell in 1966, with the bricklaying being done by my friend Ed Pratt, who had moved north to Cairns about the same time.

The ANSA concept was understood by a number of Cairns anglers, and I believe its success came because it reflected what was happening to Australian fishing. It could not have succeeded otherwise.

In February 1967, we formed the Australian National Sportfishing Association at a meeting in the old hall at Yorkey’s Knob.

Within a few months, a constitution had been drawn up and an account opened in the Cairns branch of the Bank of NSW in the name of the Australian National Sportfishing Association.

It is worth mentioning that the late Wal Hardy was Patron of that initial association, but withdrew his support within a few years, because he felt that the body had become competition orientated rather than trying to do anything positive for Australian fishing. His attitude is reflected in a number of magazine articles at that time.

Dick Lewers recorded that the NSW group “got the message” of the Cairns movement and responded by forming what was then the NSW Division of ANSA on Saturday, August 212, 1967.

Three months later, in November 1967, Jack Erskine and Clyde Kelton and three NSW sportfishermen from Woolongong (John Kettle, Peter Fuller, Bill Ferguson) visited NQ in a light plane. Discussions took place with the Cairns group and the already accepted name of ANSA was endorsed buy both groups. However, it had already become clear that the NSW fraternity would not accept the Cairns constitution. Then, as now, State Divisions (Branches) were more representative of regional interests. Accordingly, the Cairns ANSA group met on Feb 7, 1968 and became instead, Cairns Sportfishing Club.

At this time, there was no Queensland Division as such. However, Dick Lewers and the National organisation have always recognised that the Cairns Sportfishing Club has the unique distinction of being the first ANSA club.

The first NSW ANSA Club, formed as such, was the St George Sportfishing Club, which had its first general meeting on the 13th November 1968.

ANSA’s first official Queensland division was formed on August 5th 1970, with only three clubs: Cairns, Maryborough and Cardwell…..with a State total of 150 members.

The Maryborough Club was an existing club at the time it joined the Sportfishing movement.

So far as ANSA goes, the story since has been one of steady growth. We have about 200 clubs Nation-Wide. We are represented on every State Fishing Council, at Federal level and on IGFA.   Looking back, we can see that the hassles over constitutions and rules, even point scores, were part of the process of developing sportfishing on a truly representative and wholly Australian basis.   One of the nicest thoughts of all is that the Cairns Sportfishing Club has survived all these years and that so many of the people who contributed to sportfishing are still here with us.

We need an association which:   a) would be totally ‘Australian’, b) would involve every State, hence ‘National’ c) would reflect our fishing attitude, hence ‘Sportfishing’ d) would be a democratic ‘Association’.

It was known at the outset that other groups, such as the Australian Society of Authors , had a prior claim to ASA as an acronym. This was another reason to include ‘National’.

Sportfishing was to be one word, not two, to articulate our definite attitude.

I credit the ANSA motto “sport, conservation, integrity,” to the late George Bryden Snr. Each element was seen as being equally important, with conservation being central to all our fishing.

The passage of time has clearly shown the truth of that.

Vic McCristal
(The above talk was given by Vic McCrystal in Cairns in 1988).

Mr. John Reynolds, Liverpool Sydney, originally designed the ANSA logo. The badge is the result of a “Design a badge” competition run by the “Australian Sportfishing Magazine “ and the results were published in the summer edition 1969.

A guide to the use of the current logo can be downloaded here. 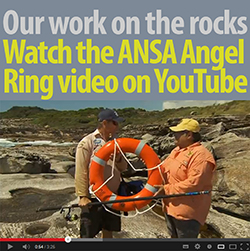 Don’t put your life on the line!

How to Use an Echo Sounder/Fish Finder 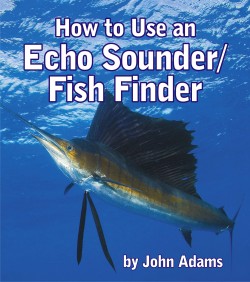